Xam is a French artist born in 1952 in Dschang, Cameroun. Since 2008 he works and lives in Barcelona.
A few months ago he found a spacious new studio in the street Consejo de ciento where he can create bigger pieces as well as present them in the same space.

Background: Xam studied arts in University Paris I in the seventies where he discovered corporal art and sociology. He decided to pass the psychiatric nurse diploma in order to get a job as well as working as an artist in the same time. During all these years he participated in numerous artistic projects, exhibitions and artistic interventions in the psychiatric field as well as in others.

In 2001 with the creation of his first website ID-VISIONS he began an era of creation and experiments in the field of web art.

Xam uses art as a visual media to deepen and develop a different understanding of our contemporary world; showing and interacting with social, politic and geographic power struggles we face daily.

In 2013 he had the opportunity to present his web work at the Farinera del Clot and decided to present it on big printed canvas and huge watercolours representing his work as seen on the computer screen. He also dressed with white canvas the industrial components of the room (mill machines) making them part of the exhibition. 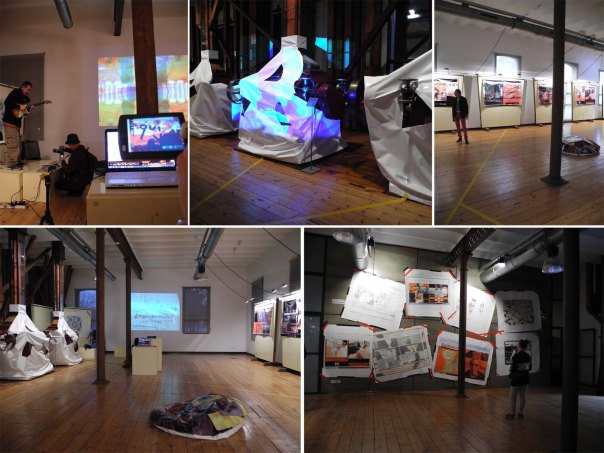 On the opening day he  organized a mix video with the musical intervention of a guitarist friend Santi d’Angelo.

He now works indifferently with all these media and combines them in the studio space: video, web art, video-mix, painted, printed or stitched canvas, etc. 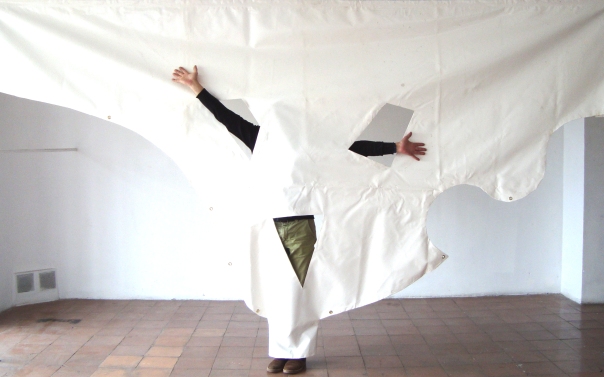